After completing her summer job as a mentor with Middle Grades Partnership, Virginia Leach, B.E.S.T. and Garrison Forest School Alumna, Class of 2016, was invited to speak at the United Nation’s Youth Assembly.
As a member of the National Society of High School Scholars, Virginia completed her Independent Senior Project at the NSHSS headquarters in Atlanta, Georgia.  Her project focused on aligning NSHSS research with the United Nation’s 2030 sustainable development goals, with a particular focus on gender equality, girls’ education and public health. Virginia spoke on the panel at NSHSS’s annual Youth Assembly conference at the United Nations in mid-August. We are so proud of you, Virginia, and wish you a wonderful freshman year at Drew University! 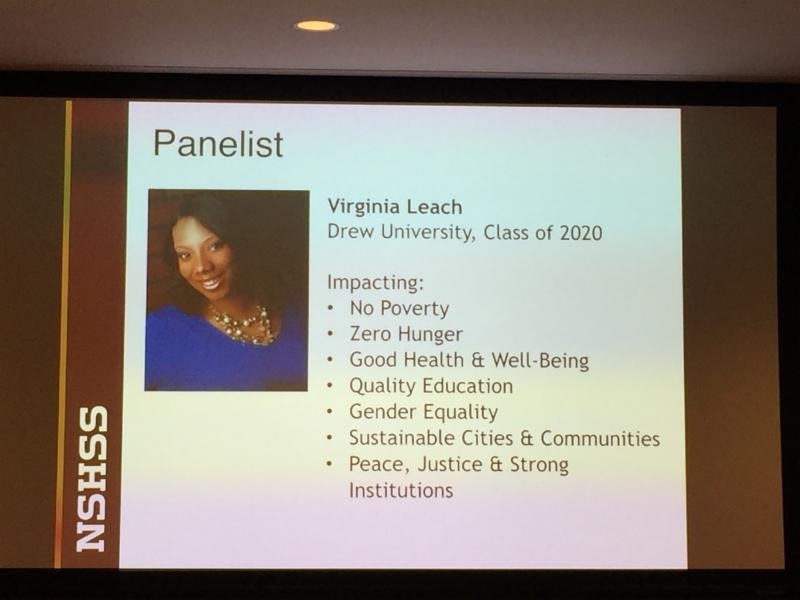